Get these pieces delivered to your inbox. Sign up to my Substack below

Twelve years ago – in the midst of the 2007/08 financial crisis – I took a selfie in the gleaming elevator of an office building in London’s Mayfair district, an area that hosts one of world’s densest concentrations of hedge funds.

My short hair was a totally new look for me. Not long before this I’d been living in a tent on the Wild Coast of my homeland South Africa, working in a hippie backpacking lodge, but now I’d arrived in London with a single mission: Infiltrate the financial sector. Learn the dark arts of high finance.

Against the odds, I’d managed to get a job as a broker at a newly formed company called Hoare Capital Markets. This company is now bankrupt, but at the time we were trying to get massive institutions to enter into large bets - called ‘derivatives’ - with each other. This was challenging, because derivatives had come to be seen as a noxious form of financial contraband, largely because they had amplified the destruction caused by the ‘securitised products’ that had set off the crisis.

Needless to say, it was a strange time to start, but I wasn’t there for the career. I was there for the exploration, and for the adventure. It was somewhat like exploring a burning cathedral of capitalism while the high priests of finance – and their traders, bankers and broker minions (of which I was now one) – ran around screaming with fire extinguishers.

Derivatives - in spirit - are bets, but rather than placing bets on horse races, financial institutions and corporations enter into mega-bets with each other on pretty much anything from the prices of commodities (commodity derivatives) to the weather (weather derivatives).

So, from a background as a shy South African concerned about social and ecological justice, I ended up in this pinnacle of global finance, in the smouldering citadel of the derivatives market, swearing into phones trying to flog bets on things like London office property prices (property derivatives), or the life expectancy of pensioners (‘longevity derivatives’ – yes, there’s an obscure market for betting on the average lifespan of entire populations of people).

To some people derivatives sound obnoxious, and to others they sound exciting, but in reality they are often dull, requiring tedious spreadsheets and meetings with bored clients, like the finance guy at a giant multi-national beer-making corporation. Such mega-corps borrow lots of money, and use different national currencies in different locations, and this is why two of the world’s biggest derivatives markets are bets on the cost of renting money (interest rate derivatives), and bets on the relative power of one form of national money against another (FX derivatives). There’s also a smaller market for inflation derivatives, bets on the changing power of money to command people to do things in a particular region.

All three of those entail betting on some element of the monetary system, but while I learned many things as a broker, the one lesson that stands out to me is that there is no requirement to actually understand the monetary system to do high finance.

Consider this metaphor. An artist might paint beautiful pictures, and yet know nothing about how paint is produced, or even what it is. They know what it does, but might not know how it does that.

Similarly, much finance entails learning how to work with money, rather than questioning how money works.

For many corporate managers and bankers, money simply exists, and from there they can build and trade contracts that make promises for it, or that bet on its rental cost and changing power. But I’ve met senior bankers and career traders who know almost nothing about the monetary system except mythology.

This realisation dovetailed with another. I came to realise that financial professionals are just ordinary people captured in a system they largely did not create, and largely do not understand, but who learn how to operate small parts of it. In a sense they are not that far from the ‘everyday person’ in the street, who also finds these systems perplexing. The key difference is that they tend to get very wealthy in the process of operating the system, while others - far from the skyscrapers of global finance - are left destitute.

I didn’t get rich from the failing company that I was part of, and for this I’m often grateful, because those who get captured by the act of accumulating money frequently become blind to the thing they accumulate. Needless to say, it was only after I was ejected from the financial sector that I began to meditate upon, and truly explore, the hidden world of money.

In 2013 I published a book called The Heretic’s Guide to Global Finance: Hacking the Future of Money, its title reflecting my newly forming identity as a ‘financial hacker’. Hacker culture fixates upon delving deep into the hidden rules of powerful systems to uncover the flaws and rewiring points, and for years I did this, working on countless projects like a mercenary, weaving my way through many groups of all different ideological colours, from far-left activists to libertarian free-marketeers.

This all came at a big cost to me. The financial system is deep, powerful and violent, but hidden from view. It’s embedded in our very being, words and emotions, but dedicating oneself to staring it down is asking for trouble, because it begins to stare back, and you become like a person who sees dystopian ghosts. Playing on the dark side ripped at me and frayed my soul, and I ended up addicted, burned out and broke.

But now I am resurfacing, and I’d like to draw pictures of these ghostly systems. We paint street scenes and landscapes, but have you seen pictures of the webs of economic interdependence that animate us on the street, or the monetary contracts that tear through pristine rainforests?

This is called a ‘newsletter’, but news is often surface level tremors caused by deeper system techtonics that remain unseen. My objective is to make it easier for us to picture these invisible forces that create political turmoil, economic instability, social inequality, ecological destruction and that feeling - which I at least feel, and maybe you too - of a certain emptiness and existential loneliness at the core of our economic system.

It’s not all dark though. My eclectic and fragmented adventures have led me to pick up a treasure chest of esoteric experience in weird and wonderful economic alternatives, waiting to grow.

This is one reason why I call this Altered States of Monetary Consciousness. I’d like these pieces to serve as self-contained meditations, the intellectual equivalent of breathing exercises that will help us to feel more connected to our world, and that may help us to feel a little more grounded, and even hopeful.

These pictures will start out simple – even crude – but they will get developed over time as the newsletter progresses, and I will be inviting professional artists and illustrators to take my ideas and turn them into world-class imagery.

So let’s start with one first picture – perhaps mysterious to you now. It’s a rough sketch of the banking system, pictured hovering over society. This is the system you’re tapping into every time you tap your contactless payment card.

That’s the system we’ll start with in the next installment. I hope you’ll join me in exploring of the frontiers of modern money, and I hope that in doing so, you will become a pioneer on this frontier, steering us in a direction that does not lead to a cliff-edge.

Coming up next time…

We’ll start building out a big picture landscape of global money, which will serve as a starting point from which to dive deeper into it, and which will help us to contextualise contemporary discussions around the monetary system.

Paying subscribers get access to a private video series called Dispatches from the Frontiers of Modern Money that take you through breaking stories in modern money. Here’s a brief trailor… 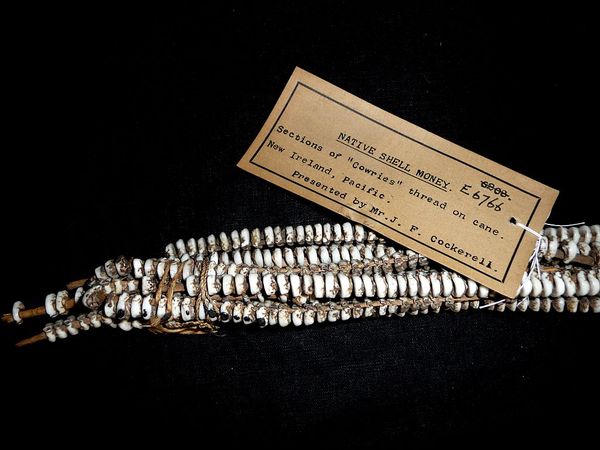 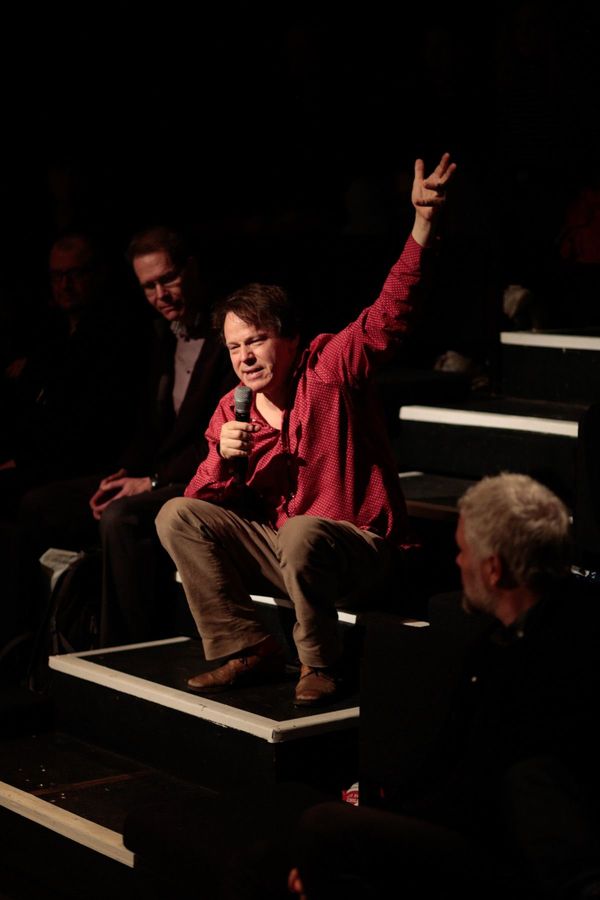